Tammy Manville-Booth – Owner / Director:  Tammy is thrilled and honored to be owner/director of Tucson Dance Academy. The strides and accomplishments that the young dancers have made in the past couple of years are phenomenal and exciting for Tammy, the studio staff, parents and the families of Tucson Dance Academy. Tammy Booth brings years of training, performing, and success at various levels of dance and gymnastics to her beloved home of Tucson. She truly enjoys the students and loves watching them progress each day, month and year as they train and perform.

Tammy has been dancing and teaching for over 30 years. She was ranked the Number 1 “Elite Gymnast” in the United States in 1975, and due to injury was alternate for the 1976 Olympic Team. Tammy danced in such movies as “Outrageous Fortune”, where she doubled for actress Shelly Long, and executed the famous leap over the canyons at the movie’s end. She also danced (and featured) in “Teen Wolf Too”, “Electric Boogaloo-Breakin II”, and “The Ratings Game” with Danny Devito, in which Joe Tremaine choreographed. Tammy was a member of the famed “Rockettes”, was a featured dancer of the Italian Television Show “Fantastico VI”, in Rome, Italy. She has lived and performed throughout the world, dancing in professional companies, videos, TV, and concert work with Jackie Sleight, Doug Caldwell, Suzi Taylor, and Billy Goodson. She also was a featured dancer and gymnast in South Africa with Bart Connor in “Gymnastics Goes to Hollywood”.

Wanda Manville: Owner/Director / Tempe Dance Academy: Wanda Manville began teaching at the age of 13 and has trained in all areas of dance and gymnastics. She majored in Dance at ASU and became the mascot for the ASU Football team. She has added Ballroom Dancing to her list of achievements. Studying with world class teachers throughout the country she has received numerous overall first place awards for all styles of Ballroom.
Wanda is the owner and director of the Tempe Dance Academy which was named one of the top 50 studios in the United States and Canada. Her students can be seen dancing on Broadway, cruise ships, movies, videos, and many are with professional dance companies throughout the world.

Wanda is also the director of the Christian Dance Company who puts on the annual “Spirit of Christmas” show and just
completed its 21st year in 2008.  She is the director and choreographer of the International Dance Alliance which combines some of Arizona’s elite dancers and goes on tour through out numerous countries in Europe performing a show to spread the culture and art of dance. IDA just finished their 9th tour through Europe this past summer 2008.

Wanda also held the rank of “Elite Judge” for the USA Gymnastics Association for over 20 years. She is certified to teach in all areas of dance. She is also a certified member of Dance Masters of America and plays a major role in the local Arizona chapter #36. Her students have held many state and national titles through DMA and NYCDA.

Originally dancing competitively, Beth later turned to performing with companies including Dance Southwest, Ballet Arizona, and Arizona Opera Company.  Teaching for several local studios since 1999, she has also worked as a guest artist with the Tucson Girls Chorus, Faith Community Academy, and Calvary Chapel Christian School, and is currently the choreographer for The Tucson Prunes.

Haley Carolin:  Haley is both a gifted dancer and teacher, and a third generation of both disciplines. She began dancing at the age of 3. Haley received her training at Tempe Dance Academy where she studied ballet, jazz, lyrical, tap, and acro. At Tempe Dance, Haley studied ballet under principal dancers from both Ballet Arizona and The Suzanne Farrell Ballet.

At the age of 9, Haley began competing and traveling with the nationally recognized Tempe Dance Company. She was also a part of the Christian Dance Company and performed in the “Spirit of Christmas” show for nearly two decades. Haley has traveled throughout Europe on three tours with the International Dance Alliance dancing in France, Germany, Austria, Switzerland, and Italy.

Haley graduated from the University of Arizona with a degree in Elementary Education, and she now teaches 3rd grade. She is also a certified member of the Dance Masters of America.

Debra Byler: Debra is one of Tucson’s prized teachers for young aspiring dancers. Known for her ability to instruct and train children in the art of dance in a joyful, artistic and professional way, families have flocked to Ms. Debra’s classes for many years. A Mom of three beautiful daughters, Debra’s innate ability to bring out the best in young people is key to TDA’s focus on training and technique. She has taught for over 20 years and her extensive background includes high level competitive gymnastics, Modern Dance Touring Company, a dance studies at BYU (including Elementary Education, Personal Training and University level dance classes), and choreography for Junior Miss Pageants.  Debra comments on her teaching position at TDA: “The difference being at Tucson Dance Academy is our commitment to teaching proper technique and dance terminology at a young age, and our success at having the students learning, without even realizing that they are learning – and having fun in the process. It is hard work, but an effort that is rewarded when we see the kids succeed by reaching their potential, whatever that might be.” 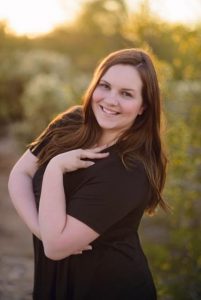 Melanie Jarvis: Tucson Dance Academy is very excited to welcome Melanie Jarvis to our teaching staff! Melanie grew up dancing in Southern California and later moved to Tucson to study at the University of Arizona. She has been a much sought-after dance instructor and competition choreographer for over ten years. Melanie enjoyed being an instructor for the United Spirit Association and has been the head Pom coach at Ironwood Ridge for many years. She has taught master classes in California and Osaka, Japan. Melanie is “motivated by hard-working and humble students” and is very excited to share her love of dance at Tucson Dance Academy. TDA welcomes Melanie Jarvis to our dance family!

Vasily Lunde: Tucson Dance Academy welcomes Vasily Lunde to it’s teaching staff! Mr. Lunde is from Russia and is currently a freelance dancer/teacher in the United States. For the past couple of seasons he was a Principle Dancer with Ballet Tucson and Columbia City Ballet in Columbia, South Carolina. While he was there Vasily had the wonderful opportunity to dance principal and soloist roles, and work with ballet mistresses Patricia Miller of the Joffrey Ballet and Stacey Calvert of The New York City Ballet. He has also danced with Yacobson Ballet Theatre in Saint Petersburg, Russia. Vasily is originally from Saint Petersburg, Russia and received his training at the Kazan Choreographic Academy and Vaganova Academy in Saint Petersburg. Upon graduating Mr. Lunde was hired by the Yacobson Ballet Theatre, where he danced as a Soloist and Principle and toured Russia, Western Europe, Asia, United States, Canada, Mexico, and Japan.

Carly Booth Lytvyn: Carly  received her formal training at Tempe Dance Academy where she studied ballet, jazz, and acrobatics beginning at the age of 3. She toured nationally and internationally with the TDA Pre-Professional company. She received a college scholarship from NYCDA and to further her education, she attended Exploring Ballet with acclaimed dance teacher Suzanne Farrell at the Kennedy Center in Washington, DC. At the age of 16, Carly began studying ballroom where she has excelled in International Latin and American Smooth styles. She was the National and World title holder for both American Smooth and International styles in the Professional-Amateur division in 2011 and 2012. Carly is currently dancing professionally International Latin, and is a USA National Rising Star Finalist at the United States Dancesport Championship. Tucson Dance Academy is Carly’s teaching home, where she instructs all ages of dancers, specializing in ballroom, jazz and lyrical.

Tanya Fisher – Dance has allowed Tanya to travel the world performing in Spain, Japan, Peru, Holland, Washington DC, and New York City. As a dancer with the University of Arizona Dance Ensemble, she performed at the Kennedy Center during the Jazz Dance World Congress and in Amsterdam, Holland at the International Theatre School Festival. While at the U of A, Tanya earned her BFA in Education with a dance emphasis graduating Magna Cum Laude in 1998. She has returned to the U of A School of Dance as both a guest teacher and panelist on several occasions. Tanya also studied dance at the Giordano Dance Center in Chicago on scholarship as well as Tempe Dance Academy. She has choreographed for Miss Arizona Pageants through the Miss America Organization. In 2002 Tanya founded Gotta Dance! Dance Academy where she was the Artistic Director for more than six years and her students and choreography won several national awards.Tanya enjoys sailing, kayaking, and the outdoors with her family. 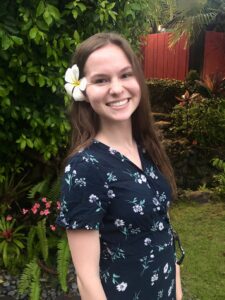 Jadeyn St Peter has been dancing for 16 years and teaching for 6! She has been awarded prestigious awards across the nation at competitions including NYCDA, DMA, and WCDE. She was also accepted into the University of Arizona dance program and awarded numerous dance scholarships. She has always had a passion for dance and loves to share that with everyone around her. 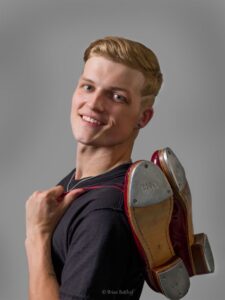 21-year-old AZ native Brendan Kellam has been trained in jazz, ballet, modern, hip hop, and ballroom; but his heart lies with tap. Brendan is a professional tap dancer who has traveled all over the U.S. to study with many masters, including Jason Samuels Smith, Nico Rubio, Aleksandr Ostanin, Jason Janas, Lady Di’Walker, Sarah Reich and the late Professor Robert L. Reed.

Brendan has been on faculty for Wing It tap intensive, Phoenix Tap Fest, and Motor City Tap Fest. He has also been seen performing with the Phoenix-based tap company, Tap 24.7 since 2012.

At age 12, Brendan began his journey as a choreographer, and his work has been selected to perform in the Big Apple Tap Festival in New York City, and the Motor City Tap Festival  in Detroit. He currently choreographs for multiple studios across the country, and his work can be seen at many competitions, awarded numerous high accolades. Most recently, Brendan was seen competing at the World Tap Championships in Riesa, Germany, where his choreography placed 4th in the world.

Currently, Brendan is attending the University of Arizona as a dance and business major. 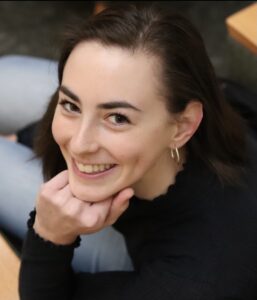 Abbey Klingler was born and raised in Tucson, AZ, where she has been dancing since the age of 7. She began training with Gotta Dance under direction of Tanya Fisher before Tammy Booth turned it into Tucson Dance Academy. Abbey has studied ballet, jazz, tap, acro, ballroom, and lyrical. She attended intensives such as Alonzo King LINES ballet in San Francisco and Modas Dance in Albuquerque both on scholarship. She also competed all over the country from California to Nevada to New York and many others.

Abbey is extremely excited to get back to teaching dance here at Tucson Dance Academy and fitness with her barre certification from FITtucson!